How does the Bamboo Rollout Manager work when everything is setup? 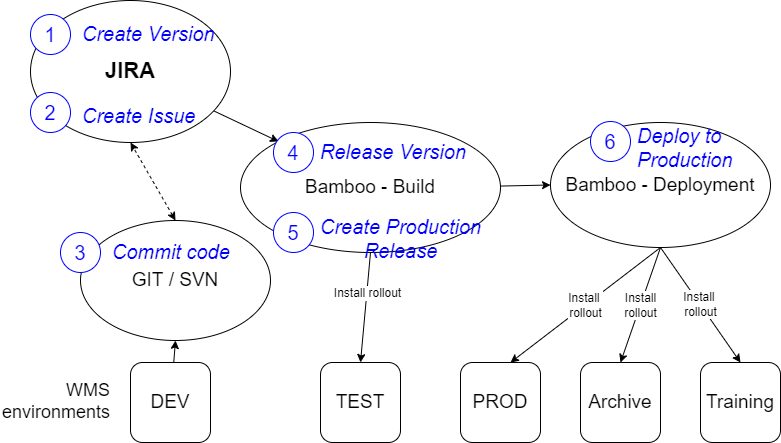 Create a version for every rollout you plan to release. This can be weekly, or just ad-hoc releases, depending on your release schedule and (Agile) method you are using.

Creating a version in JIRA can be done in different ways, and it also depends on the JIRA features you are using. Depending on whether you use scrum or kanban methods, the way to create Jira Versions is slightly different. But one screen is generic: the 'Releases' screen as described here (opens new window). 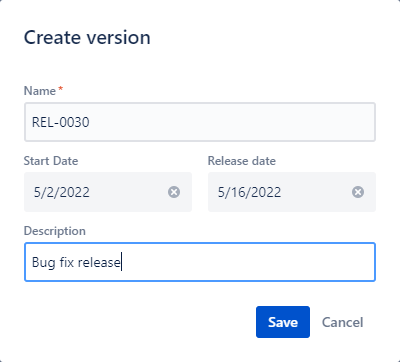 Create one or more Jira issues of any type and link it to the Version you created earlier via the field 'Fix Version'.

The Fix Version field is the key here. It links the JIRA issue to the Jira Release we created earlier. The type of issue or other fields are not relevant for the Bamboo Rollout Manager for Bamboo.

Committing code changes in a version control system is the one and only link between code and the JIRA issue.

The link between the JIRA issue and the committed code is made by adding the Jira issue key (e.g. 'RP-123' or 'SWP-487') in the commit message of the commit. See example below of a commit using TortoiseGit: 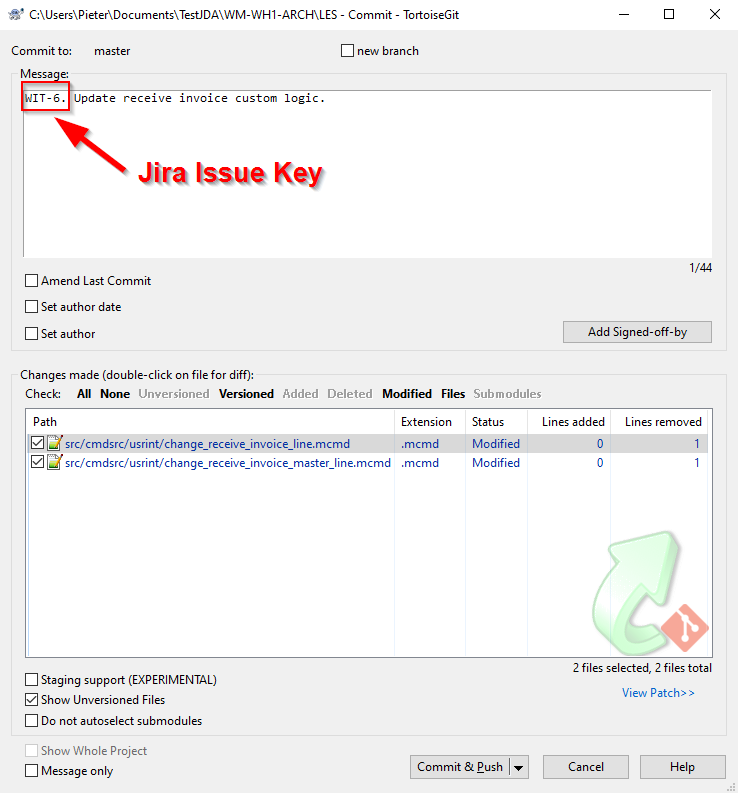 This is where the plugin does most of its work: Build a rollout for a Jira Release in this custom screen:

In this Build Plan we typically have two main tasks setup:

Once manual and/or automated testing passed, this rollout is ready for production release.

In Bamboo, we can create a Release from the build. We will refer to this Release in Bamboo as a Production Release. 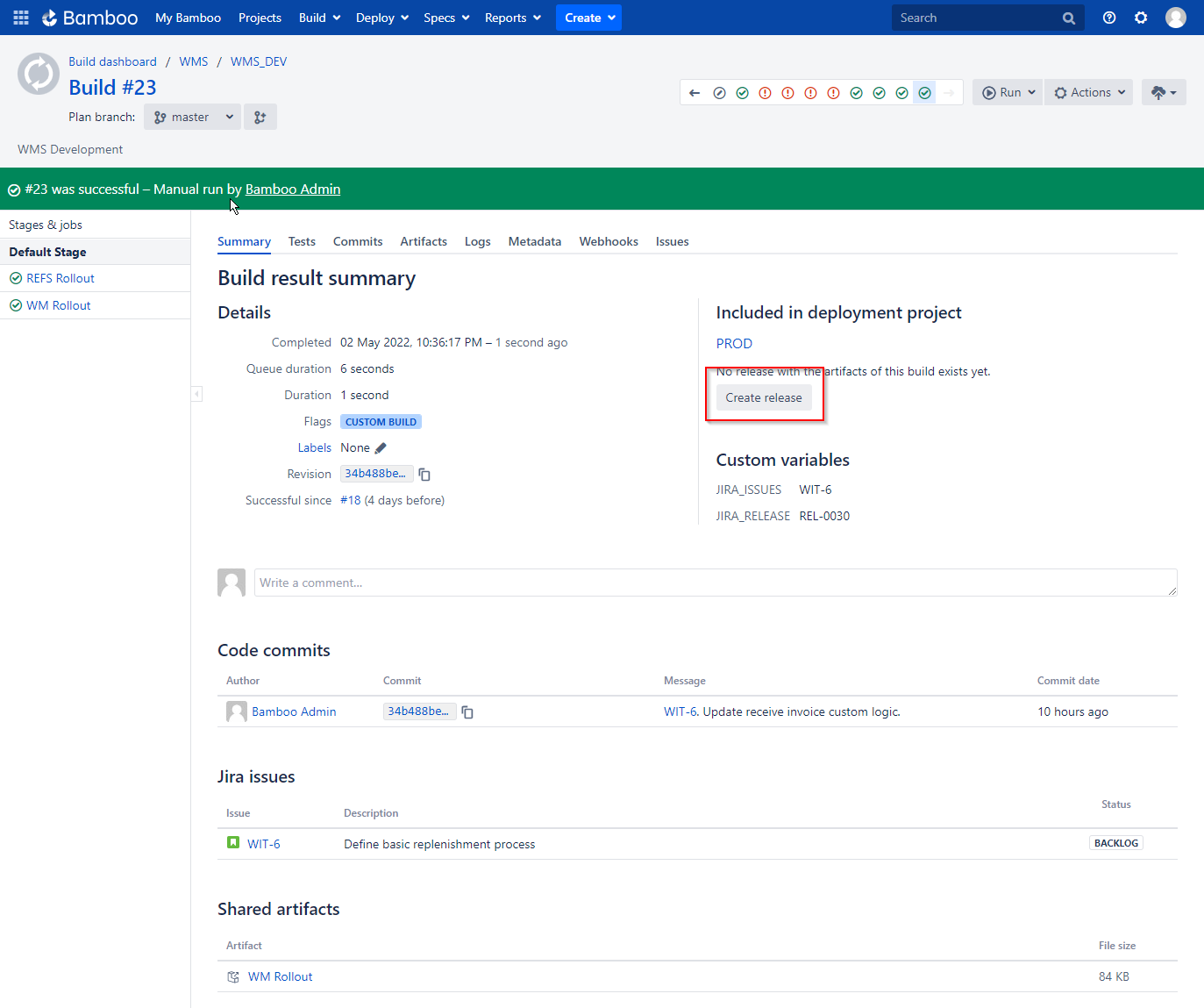 Once the Production Release exists in Bamboo, we can deploy it to the various production environments based on a schedule, a trigger or just manually from multiple screens. Note that 'manually' here means clicking a button in Bamboo. A trigger could be 'when installation in Production finished, install the same rollout in the Archive environment'.

We can start with the Release screen, the Deployment Project screen, or the screen where we look at a specific environment. The screenshot below shows what the deployment screen looks like. 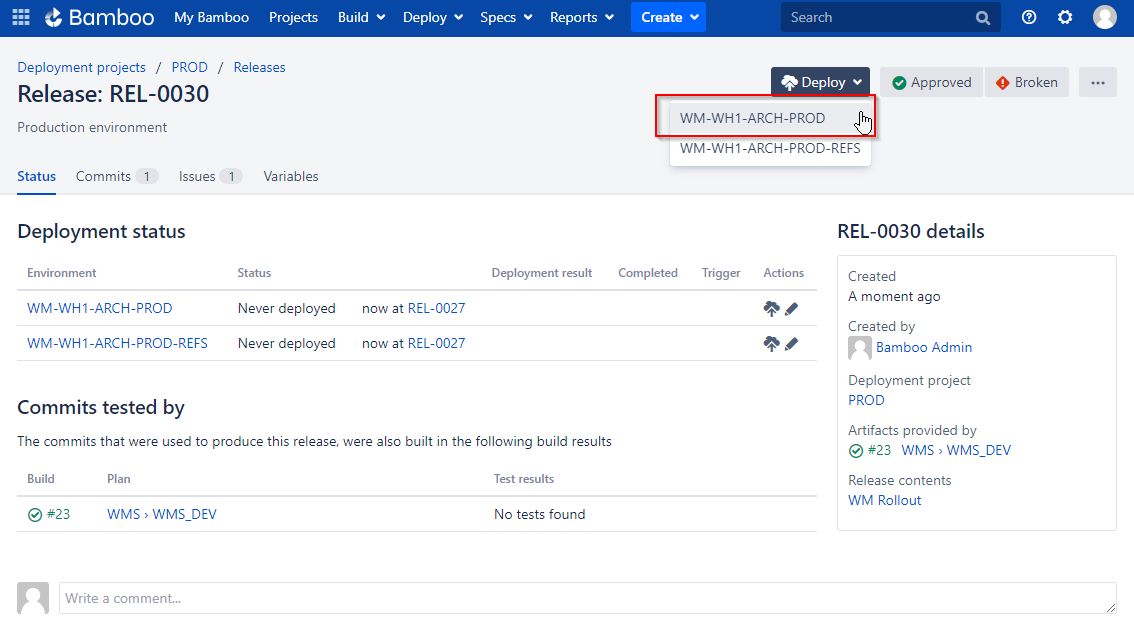 Step 7: Enjoy a complete overview what is installed where

See the installation history in each environment 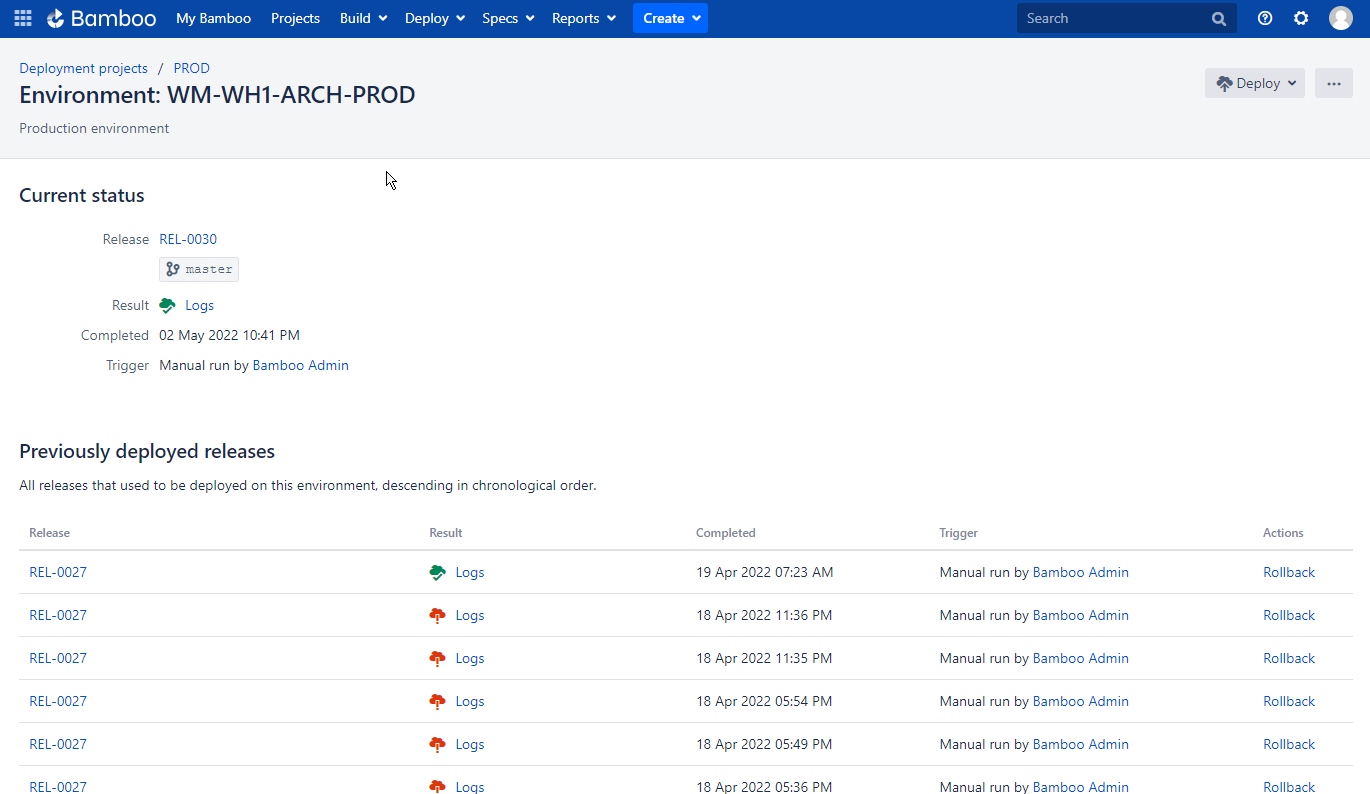 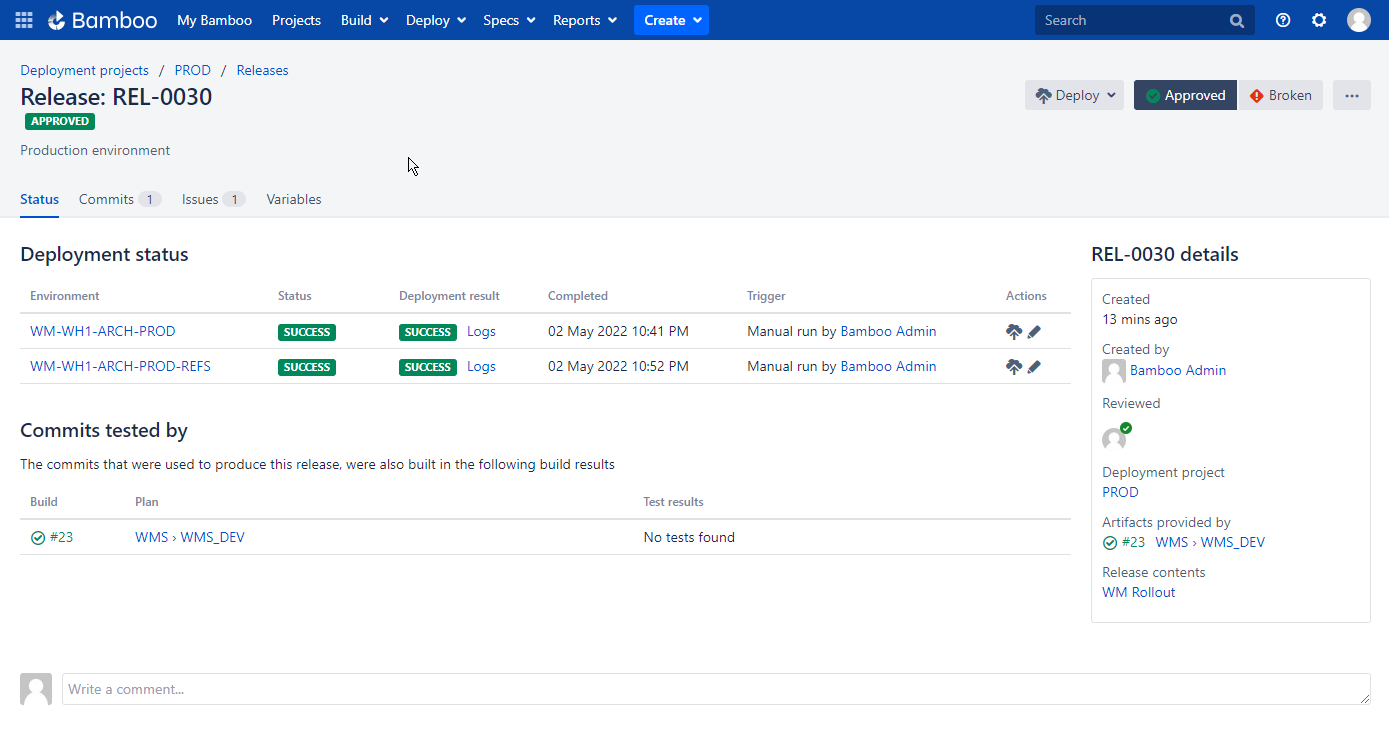 See the diffs between several releases

← What does this plugin do? Getting Started & Setup →